The Parramatta Eels clashed with the Gold Coast Titans at Cbus Super Stadium in Round Two of the NRL Telstra Premiership, but due to the current unprecedented situation, the clash was played behind closed doors.

Ahead of the clash, we encouraged Members and fans to share their support for the side, and the Blue & Gold Army responded!

Check out some of the photos from Members and fans that were sent in below!

There was plenty of support that came in on Twitter.

Cmon @TheParraEels!! Watching our boys play, in the safety of my own home in enemy territory! 💙💛 #PARRAdise pic.twitter.com/3REu772zri

Good luck to my beloved @TheParraEels against the Titans, I may not be at the stadium, but I am there in spirit to watch you brothers play. Good luck my band of brothers !!! 💙💛💙💛 #Parradise pic.twitter.com/zPkdj9EGa0

My family have been @TheParraEels fans since 1956 when Pa began making the trip to Cumberland oval as a teenager. Last year against the Tigers was his final home game. Hopefully my son will make it 4 generations of supporters when he's older. Looking forward to tonight #Parradise pic.twitter.com/s0K8Mnvj79

We’re right behind you today ⁦⁦@TheParraEels⁩ - living on the GC we’d have been at the game. But will cheer loudly from the couch! ⁦@FOXNRL⁩ ⁦@NRL⁩ pic.twitter.com/QktgDzrOZa 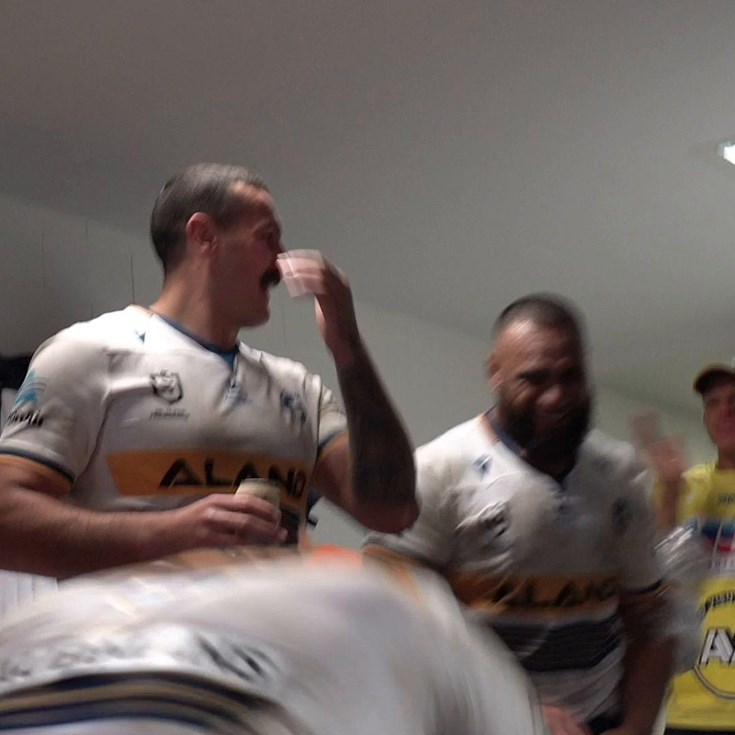 Presented By Aland 2 weeks ago