Up to 10,000 fans will be allowed to return to each NRL game from July 1 in NSW after Premier Gladys Berejiklian gave the green light on Sunday.

A small amount of NRL fans have been permitted to attend games this weekend by using the corporate boxes available at respective grounds.

"If there is any outside organised event outside with ticketing and seating, up to 25 per cent capacity of that venue can be utilised for an event," Berejiklian said.

"It can be a concert, a music event, a sporting event. That is for venues with 40,000 capacity and lower.

The first match in NSW that could be played with a crowd will Canberra's round-eight Friday night game against St George Illawarra at Campbelltown on July 3.

The Warriors are due to play the Broncos in Gosford on Saturday, July 4 and the Wests Tigers face Penrith later that night at Campbelltown.

Manly are at their temporary home at Central Coast Stadium on the Sunday against Newcastle while the Bulldogs and Rabbitohs are also due to meet at Bankwest Stadium.

Prime Minister Scott Morrison had on Friday flagged the prospect of 10,000-strong crowds returning to stadiums next month.

He had announced an easing in stage-three COVID-19 safety restrictions "sometime in July", which would result in venues capable of holding 40,000 people permitted to have 25 per cent capacity under social distancing rules.

Temperature checks are required of everyone attending venues this weekend while social distancing rules of one person every four square metres are also in play.

NRL venues are locked in until round nine, with hope growing that teams may be able to host games at their regular home grounds from mid-July. 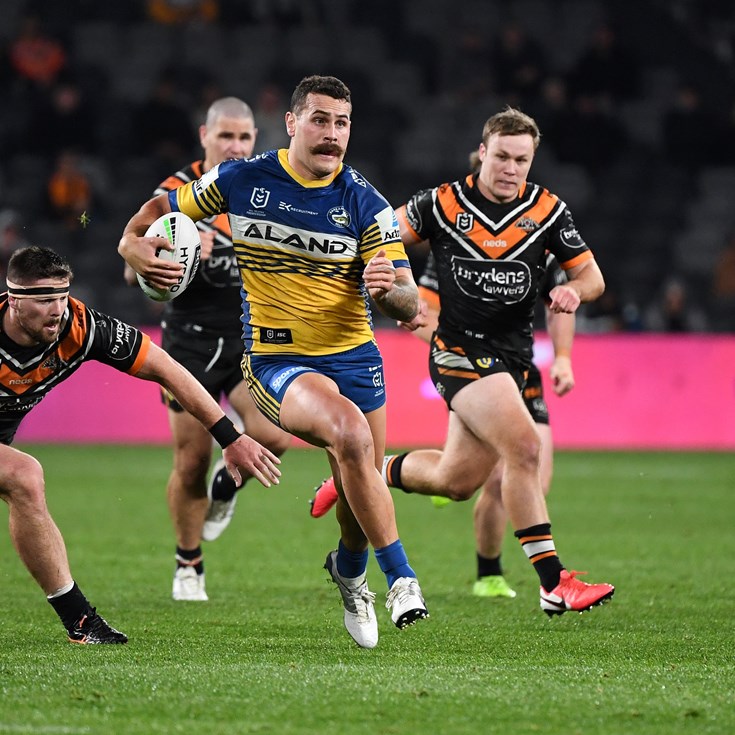 Mahoney: We know how good we can be it's just about putting it together