It shapes as the blockbuster of the round - premiers Sydney Roosters against the undefeated Parramatta Eels at Bankwest Stadium.

The Tricolours have roared to life following the season's restart last month, posting three consecutive thumping wins over the Rabbitohs, Broncos and Bulldogs to sit just outside the top four.

And Parramatta have continued to find a way to win, beating Manly and Penrith in thrillers over the past two rounds.

If they can upstage the Roosters, you'd have to think the Eels have removed any doubt about them being the real deal in 2020.

Roosters: Prop Jared Waerea-Hargreaves (back) should suit up after being close to playing the Bulldogs on Monday. Mitchell Aubuson and Sitili Tupouniua take their places on the bench with Sam Verrills and Lachlan Lam dropping out of the match day squad. Lindsay Collins and Ryan Hall were the two players left out on the eve of the match. The Roosters have won seven of their past nine games against the Eels.

Eels: Prop Kane Evans is unavailable after being suspended for one game for dangerous contact in the win over Penrith. Oregon Kaufusi replaces Evans on the Parramatta bench. Brad Takairangi and George Jennings were ommitted an hour before kick-off and David Gower and Jai Field were the two players left out 24 hours before the match. Eels centre Michael Jennings requires one try for 150 tries in the top grade. 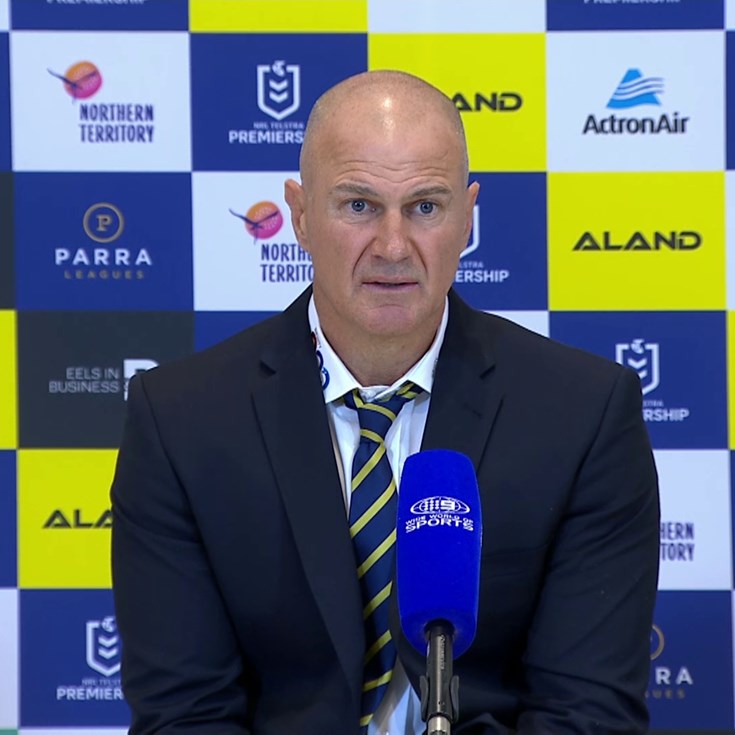