Eels captain Clint Gutherson is often described as someone people love playing alongside - and his tireless performance on the weekend shows why.

As well as scoring a crucial try in his unbeaten side's 16-10 win over Penrith, Telstra Tracker GPS data recorded the fullback as making a season-best 45 high-speed efforts (bursts of 20km/h or more).

Prior to round five, the most high-speed efforts recorded in a match this season was Ryan Papenhuyzen's 36 in round two.

Gutherson also registered the equal most high-speed efforts in 2019 with 53. The stats provide an insight into his mindset.

"I've never considered myself the best player, but I stake my pride on giving absolutely everything from the first minute to the 80th and that won't change," he wrote in a column for NRL.com in March.

It was a big round for high-speed efforts - Dragons centre Zac Lomax posted 40, with his teammate Matt Dufty (36), Manly winger Reuben Garrick (34) and Wests Tigers flyer David Nofoaluma (33) filling out the top five.

High-speed effort totals had been modest since the season's restart in round three - perhaps due to diminished conditioning combined with faster play due to the new six-again rule - but it seems players are now fully fit and adjusted.

Gutherson also covered 9.6km against the Panthers - second for the round to Dragons rookie Adam Clune, who racked up 9.9km.

In other Telstra Tracker results, Red V fullback Dufty led the way in the pace department with a top speed of 34.3km/h in his Man of the Match display against Cronulla. 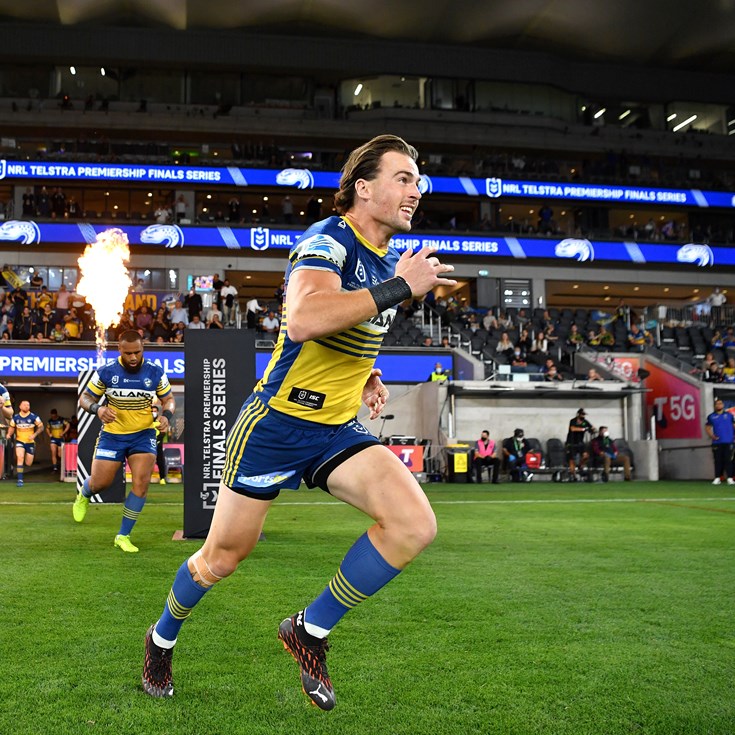