The Blue & Gold proudly wore the 2020 Parramatta Eels Anzac Jersey in Round Four of the NRL Telstra Premiership for their clash against the Manly-Warringah Sea Eagles.

Each of the players has signed their player jersey from the clash and Blue & Gold Members and fans now have the opportunity to bid on this memorabilia! The auction is now live and bids can be made here: https://eels.co/AnzacJerseyBid

Money raised from the auction will go back to the Eels to help the club remain viable and continue in building towards our future projects both on and off the field.

The jersey will come with a signed certificate of authenticity.

After the winning bid is confirmed at the conclusion of the auction, the successful winner will be notified via email and will then be required to pay the full amount. If the full payment is unavailable to be made, the Parramatta Eels reserve the right to offer the item to the next highest bidder.

This year, our Anzac jersey coincides with the 80th anniversary of the formation of the Royal Australian Air Force (RAAF) Base Darwin, which occurred on 19 June, 1940. It is designed by Squadron Leader Kathy Turner CSM, a permanent Air Force Veteran Engineering Officer and Active Reservist with 25 plus years’ service. Kathy is now a freelance Graphic Designer and owner of Graphite Design Coal Coast. The jersey commemorates the men and women involved in the Pacific War in with the image of a RAAF Spitfire fighter aircraft and aircrew. 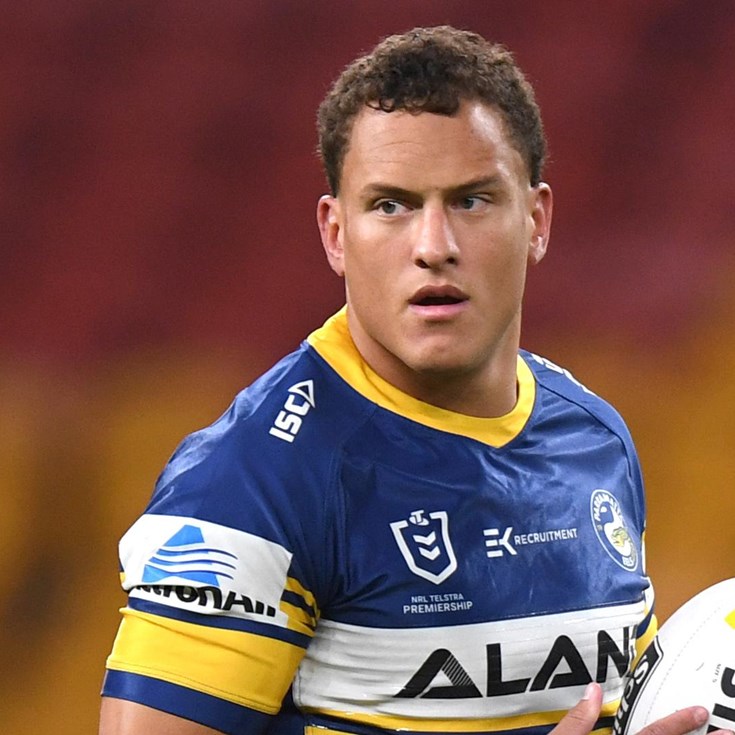 Gutherson We probably got pretty lucky