In what is most likely an early finals preview, the Knights and Eels square off.

Parramatta deserve their spot at the top of the table while fourth-placed Newcastle - aside from a couple of unhappy outings - have also looked every bit a finals teams in 2020.

The Eels handled the absence of halfback Mitchell Moses in fine style last weekend. On this occasion, they will have the nullify the impact of veteran Knights No.7 Mitchell Pearce without their main man.

A win for the Knights could have them as few as one point off top spot come the end of the round provided other results also go their way.

Knights: Connor Watson (ankle) won't be making his return on Sunday and Adam O'Brien has made a late switch with Tautau Moga elevated from the reserves to the wing and Tex Hoy relegated to the bench.

Starford To'a has been omitted an hour before kick-off along with Josh King. Watson and Phoenix Crossland were culled from the extended squad 24 hours before kick-off.

Knights to face their biggest test of the season against Eels

"He will be raring to go next week," O'Brien said of Watson. "It's a bonus weeks' worth of training now and he’ll be 100 percent. He was very close though, this week."

The Knights have won four of their past five games against the Eels.

Eels: Nathan Brown returns from suspension at lock, pushing Marata Niukore to the bench. Stefano Utoikamanu debuts off the bench with Ray Stone and Oregon Kaufusi out of the team.

Will Smith and Andrew Davey were the players cut from the reserves list on Saturday, George Jennings and Daniel Alvaro suffered the same fate on Sunday. Eels forward David Gower will make his 100th NRL appearance.

David Klemmer v Reagan Campbell-Gillard. So far in 2020, this pair have become quite comfortable with being the best forward on the paddock. As well as adding some clever off-loading skills, Klemmer remains one of the game's toughest, and hardest working, big men. Big Reg has entered those ranks over the opening eight matches of 2020. If he gets the better of Klemmer on Sunday, a Blues jersey at the end of the season is within reach.

Much has been made of David Klemmer's evolution into a prop with a clever off-load so far in 2020. Just as much should be made about the same development in the game of Eels prop Junior Paulo. After eight matches, Paulo tops the NRL with 26 off-loads, one more than Klemmer. The Eels (135) also top the team charts, a massive 40 ahead of the second-placed Roosters. 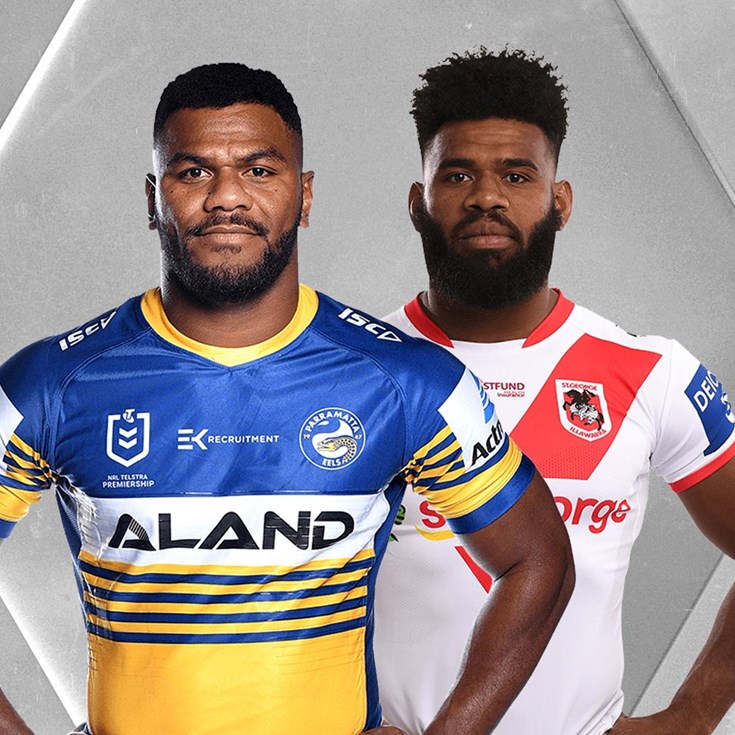