After making the NRL Team of the Week in Round 7, Eels stars Clint Gutherson, Reagan Campbell-Gillard and Ryan Matterson are back again in Round 8 and have been joined by team-mates Dylan Brown, Junior Paulo and Maika Sivo.

Parramatta's domination with six spots is closely followed by the Panthers' four, with Nathan Cleary, Api Koroisau, Viliame Kikau and Stephen Crichton getting the fans' vote on the back of a strong win over Wests Tigers.

And despite going down to the Storm in the epic Thursday night clash to kick off the round, evergreen Roosters Brett and Josh Morris did enough to win a spot as they grabbed three tries between them to take their combined career tally to a remarkable 301 tries. 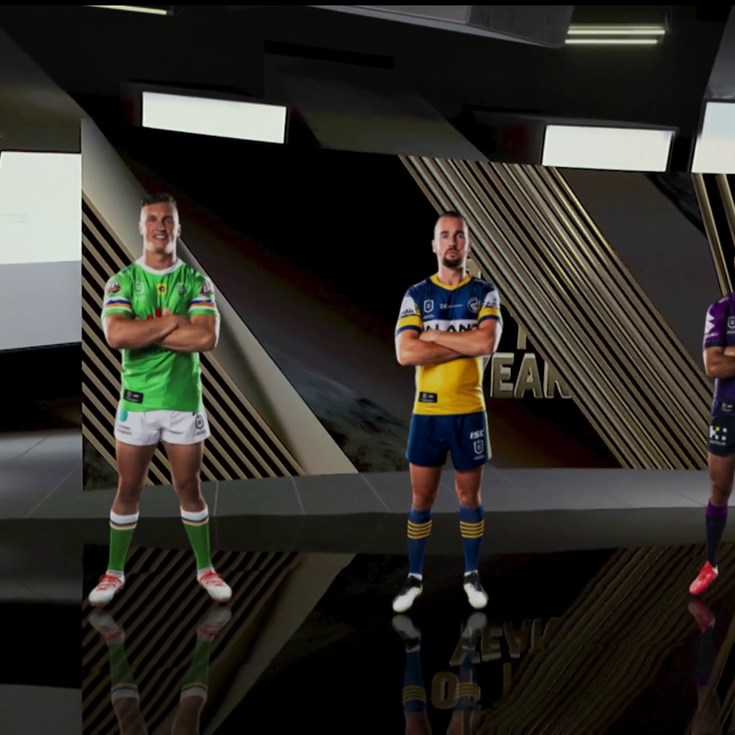 Dally M Team of the Year - Lock and spine

Eels trio named in NRL.com Team of the Week - Round 13

Paulo named in NRL.com Team of the Week - Round 12