He was born in New Zealand and has represented Samoa, but anyone questioning Junior Paulo's position in the NSW side ahead of his State of Origin debut on Wednesday needs to look no further than his knowledge of Blues history.

The 123-kilo giant can tell you all about his teenage days of growing up in Western Sydney watching current Blues assistant coaches Craig Fitzgibbon and Mark O'Meley trade blows with Queensland counterparts in the early 2000s.

After moving to Australia from New Zealand as a teenager, Paulo was quickly snapped up by former Canterbury coach Dean Pay for the NSW under-20s side that boasted the likes of Clint Gutherson and Jake Trbojevic in 2013.

He's bled blue ever since.

"When you're coming through the juniors you learn to understand the rivalry for what it is," Paulo tells NRL.com.

"Everyone says the hatred is massive and you pick up that pretty quick and take it with you … then when you get to first grade and it's every kid's dream to do it at the highest level.

"To run around with guys now like Boyd Cordner, who was a little bit older than me but came through the same system, it's cool. I remember watching him play under 20s Origin at ANZ Stadium.

"There are also guys who have played Origin from my junior club at Cabramatta Two Blues – Jarryd Hayne, Tony Williams and Trent Hodkinson – so it's nice to be able to follow their path."

Paulo admitted to being a huge fan of NSW coach Brad Fittler's during his playing days at Origin level, and Fittler has been monitoring Paulo's every move this season.

The Samoan representative had publicly been on Fittler's radar for an Origin call-up since June.

"It's my first time working under him and one thing I've noticed is the level of quality in the coaching staff, let alone players, is something special," Paulo said.

"He has an aura around him when he starts talking but there are so many other guys here that I was watching when I was young.

"Fitzy (Craig Fitzgibbon) has played plenty of games in the Origin arena and was a workhorse in the game.

"We've got Ogre (Mark O'Meley) here too and he was one of NSW's best forwards growing up. I used to love just seeing how he could turn a game on the back of him being an enforcer.

"They were part of a real dominant era for the Blues in the early 2000s, so watching those guys come through growing up, you pinch yourself to be in the position you are."

Paulo knows the Blues' past greats can only pass on so much knowledge before the rest will be in his own hands on Wednesday night.

"It hasn't sunk in yet, I guess I'll just let the nerves kick in on game day and then go to work," he said.

"I said from day one I just wanted to come in and make some friendships and bounce ideas through the group.

"I didn't know too many of the boys, apart from when you'd speak to them on the field. Everyone wants to be around each other and that's a good sign."

"He's made a name for himself as one of the best props in the game but nothing changes this Wednesday with my role," Paulo said.

"We're going to cross paths and be doing everything we can to play our best games so no doubt we'll just bash each other." 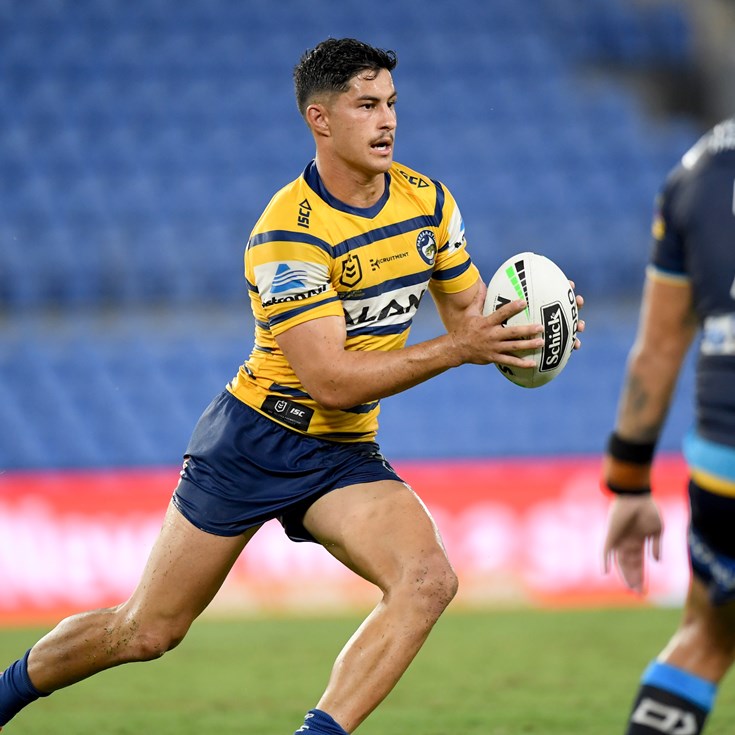 Opacic's 'make or break' year; Hollis looks to down tools