The Parramatta Eels are on the home stretch of their 2021 pre-season as they gear up for Round One of the NRL Telstra Premiership.

The team will have their final pre-season training sessions this week, before preparing for the season.

After 13 weeks of gruelling pre-season and two trial games, the boys now have their sights set firmly on Round One.

The Eels travel north for their first game.

They’ll meet Brisbane Broncos at Suncorp Stadium in Round One on Friday 12 March at 8:05pm.

In the teams’ last three encounters; the Eels have been dominant, winning at both home and away.

It will be the third game of the 2021 season, after the Storm and Rabbitohs face off on Thursday night, before the Knights and Bulldogs play on Friday.

While they’ll play the Cowboys, Dragons, Knights, Sharks, Titans and the Warriors just once.

The Eels are faring pretty well on the injury front, with Michael Oldfield (MCL) and Bryce Cartwright (jaw) expected back by Rounds Five and Six respectively.

An update on stadium capacity is expected in the coming weeks.

Don’t miss out on your tickets to see the Eels live in action in 2021. 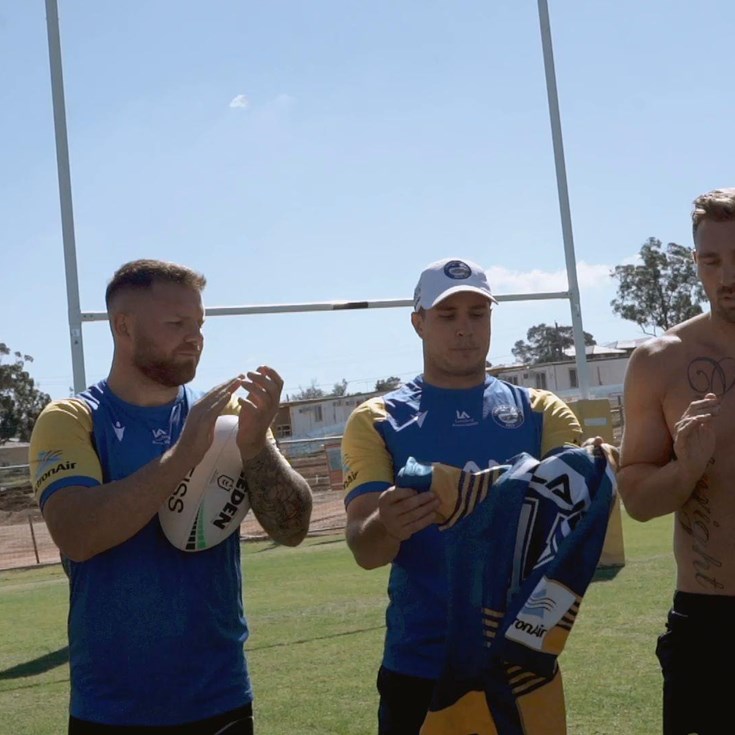 Junior Paulo | Stability Is Everything

Junior Paulo | Stability Is Everything

Sivo's sacrifice to stay an Eel