Both western Sydney clubs head into round 14 coming off huge bye-round wins, with each significant in the terms of their respective seasons.

For the Eels, the 40-4 win over an admittedly under-strength Newcastle put their season back on track after two very disappointing losses and keeps them in third on the ladder, with the returning Dylan Brown making a huge impact.

For Wests Tigers, not only did they become the first team since last year's grand final to record a win over Penrith (albeit with eight of their best players absent), they also recorded back-to-back wins for the first time this year.

With four wins in their past six they are now remarkably just two points outside the top eight with the season finally moving in the right direction.

Eels: Parramatta will start 1-17, with Blues prop Junior Paulo looks to back up after remaining in the squad on Saturday when Blake Ferguson and Jakob Arthur were the first two players cut.

Will Smith will be the 18th man.

Coach Brad Arthur looks likely to make a late change and include Will Smith as a back-up for Joey Lussick, who has only played 22 minutes of first grade this year.

Lussick has been named to start at hooker after Reed Mahoney picked up a shoulder injury last week.

The Eels have won their past six games against the Wests Tigers.

Wests Tigers: Moses Mbye has been ruled out after failing to recover from the knee injury he suffered last week against the Panthers. Billy Walters will play five-eighth in jersey 19.

Joe Ofahengaue played 41 minutes for Queensland in Origin I and looks likely to back up.

Michael Chee-Kam will be the 18th man.

Like the Eels, Michael Maguire has four big men on the bench. Thomas Mikaele (knee) is facing at least a couple of weeks on the sidelines with a medial injury.

Kelima Tuilagi and Mbye were the two players omitted from the squad 24 hours before kick-off.

Mitch Moses v Luke Brooks: The two great mates, former halves partners and housemates when both were Tigers, will go a long way to deciding this one. Brooks wore more than his share of criticism in the club's sluggish start to the season but has been excellent in recent weeks.

Moses is almost the opposite; he produced one of the great wet-weather performances in upsetting the Storm back in round two as part of a red-hot start to the year, but was largely anonymous in the losses to Souths and Manly and earned an early shower to rest his calf as his teammates ran riot over the Knights last round.

The Wests Tigers have not won three straight since Rounds 4-6 back in 2018, when Ivan Cleary was in charge. So a win this week will be a first for Michael Maguire in his third year in the black, white and gold colours. 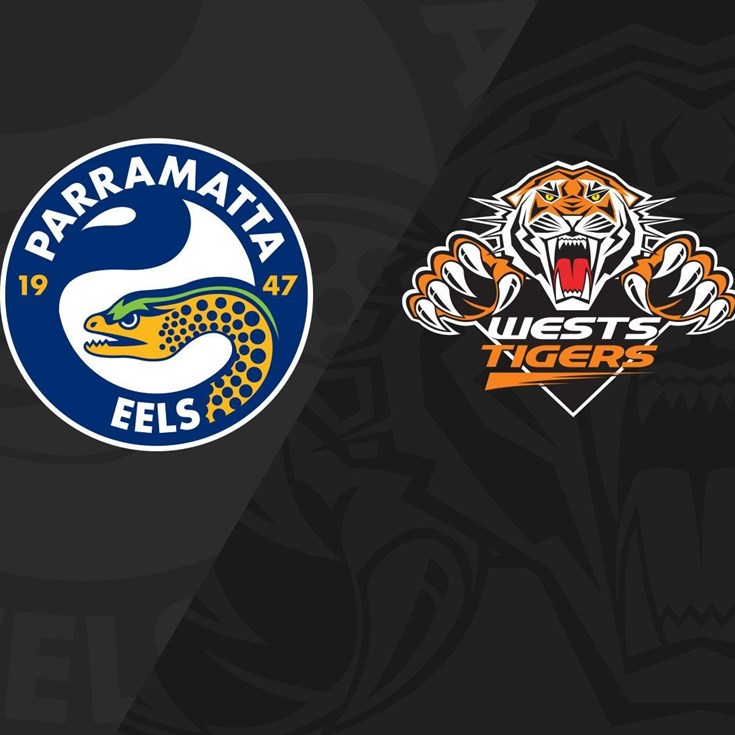