One-time Tigers junior Mitchell Moses twisted the knife against his old side once more with a hand in three tries in the space of five minutes – a period of the Eels 40-12 thumping both coaches took issue with after full-time.

Moses was one of four Eels cited while Tigers Luke Brooks and Stefano Utoikamano were also placed on report as Parramatta kicked on from a 14-6 half-time lead.

Between the 45th and 49th minutes Moses ran riot, but it was the absence of Shawn Blore – sin-binned for contact on Joey Lussick as he loomed in support of a break – that Tigers coach Michael Maguire took issue with.

Blore's contact on Lussick was questionable, the fact it was entirely unnecessary, beyond doubt.

As one of three sin-bins in total, and followed by a Maika Sivo high shot that concussed Adam Doueihi out of the game and saw the Eels star sat down for 10 as well, Maguire agreed when asked if the NRL's crackdown on high contact and foul play was deciding contests.

"It is, it's effecting games," Maguire said.

"I know that. It's playing a big part. You're losing players and you need to adjust to what is going on. But they're going to need to find it fast, because it is costing games.

"Blorey put his hand on Lussick but I don't think it had any impact on the situation of what happened.

"I'll bite my tongue. I think it explains itself if you look at it. To have a bloke sent off like that, there is no foul play, it's a bloke touching a shoulder it didn't impact that play as such.

Sivo and teammate Isaiah Papali'i would seem to have the most to worry about from the match review committee – with Brad Arthur describing Papali'i's late knee to the head of Luciano Leilua as "unnecessary" and a "dumb play".

Moses and Nathan Brown were both cited put on report as well for lazy high contact, while Brooks and Utoikamanu joined their opponents on a chock-full charge sheet with a dangerous lifting effort on Reagan Campbell-Gillard in the last play of the game.

With Blore in the bin, Moses made up for botching a simple put down for a try in the first half by torching his old Tigers teammates.

At 14-6, a Moses bomb that cleared the Bankwest Stadium roof didn't bring rain but points all the same when Daine Laurie spilled it straight into the arms of Waqa Blake.

Dancing Gutherson has his double

Once seen as the joint-venture's future, Moses then buried the Tigers the very next set in a stunning 70-metre sprint where he dummied to his support, took Laurie on and left him for dead en route to the line.

By the time Moses was double-pumping again down the left and sending Maika Sivo on his way in the 49th minute, the Tigers were toast.

Despite the 26-point margin and the three-try, five-minute blitz, Arthur was not impressed with his Eels outfit afterwards.

"I'm trying hard to smile about it, I sound like a whinger," he said.

Liddle right down the middle

"There was 30 minutes there I am not happy about. I just thought we were dumb for a period of 30 minutes.

"I just thought we could've been a lot smarter when we were on top, especially when they were down to 12 men.

"It's just an area we have struggled with a bit when the opposition are down to 12. I know we scored a few tries in there but.

"The first set we got the ball stripped off us. And then we came up with a silly kick on tackle four.

For Michael Maguire's side, staying in the contest for 40 minutes was hard going with only 30 per cent of possession.

Moses breaks into a gap and sprints away

First-half tries to Gutherson and Joey Lussick – playing just his fourth NRL game in four years as Reed Mahoney's deputy dummy-half – had the Eels on top, but by no means in charge as the Tigers refused to wilt.

Parramatta should have led by 20 at the break but for Moses' in-goal fumble of a grubber when he was under little pressure.

Instead it was Jacob Liddle sliding under the posts at the other end for 14-6, after Brooks slid past Ryan Matterson and offered up a no-look pop pass for Liddle to latch onto.

The Tigers resistance was eventually rolled shortly into the second half, with Blore's sin-binning for taking out Lussick in support proving too much to bear.

Against a 12-man Tigers defence Moses ran riot with a hand in three tries in five minutes before Sivo's sin-binning set up a similar scenario for the visitors.

James Roberts helped himself to a consolation try before Gutherson's second – charging through the middle of an exhausted Tigers defence – earned him an early breather in front of a 23,417-strong crowd. 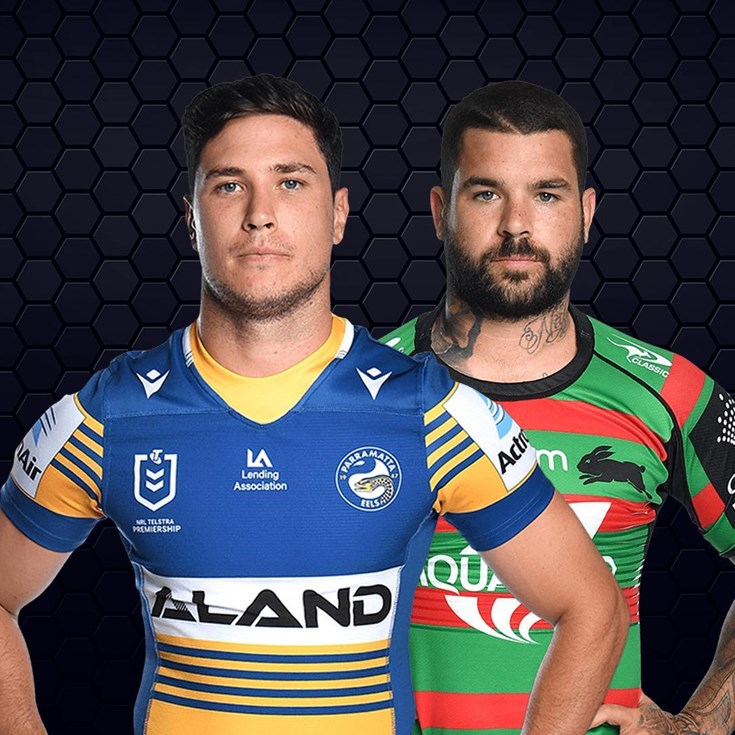 The run home: Each team’s outlook heading into final stretch