As well as providing the latest chapter in one of the game's great rivalries, these teams have a lot to play for in terms of where they'll sit entering the finals.

The Eels, a side that many had put a line through a few weeks back, bounced back in style by ending Melbourne's 19-game winning streak last Saturday. If they win and Manly lose this weekend a top-four spot beckons.

That Melbourne loss means Penrith now find themselves in a share of top spot but they are 131 points adrift in the for-and-against department.

They need to win on Friday and then hope the Storm to lose again if they are to claim a second straight minor premiership.

Eels: Parramatta will start 1-17 with Will Penisini the 18th man.

Tom Opacic (ribs) returns and will partner Michael Oldfield in the centres.

Isaiah Papali'i and Nathan Brown dropped off the extended bench 24 hours before kick-off.

The Eels have won four of their past six games at Cbus Super Stadium.

Panthers: As has been the case in recent weeks, Viliame Kikau will start on the bench with Liam Martin in the run-on side. Izack Tago will be the 18th man.

Spencer Leniu and Taylan May were omitted from the reserves on Thursday night.

Panthers halfback Nathan Cleary has won 35 of his past 37 NRL games.

Nathan Cleary v Jake Arthur. The Eels rookie can't be expected to out-perform Cleary considering the different stages they're at in their careers, but what Parramatta will want is some to steer the team around the park, make their tackles and provide a threat with ball in hand. A great challenge for Arthur.

Blake Ferguson enjoyed a great night in his return from injury against Melbourne. Taking the place of Maika Sivo, Ferguson scored two tries, ran for 109 from 12 carries and had two line-breaks and two tackle-breaks in his side's brave win. 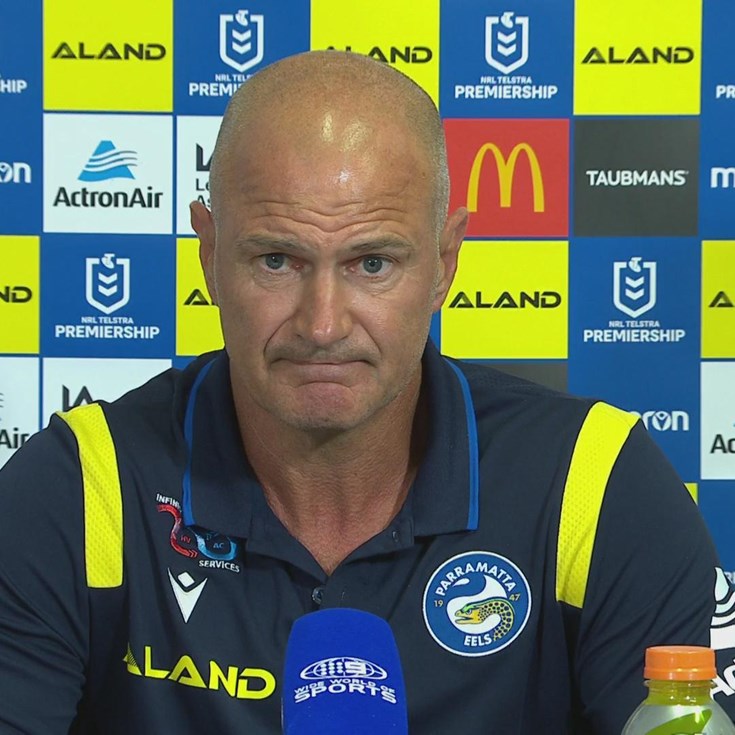 Opacic wins the race to an Arthur kick