It is with great sadness that we say goodbye to one of our greatest supporters and mates, “Tuff Timmy” Jelacic.

After a long and courageous battle with brain tumours, Timmy passed away peacefully on Tuesday morning, surrounded by his devoted parents Nicole and Glen, and sisters Leah and Emma.

Tim was first diagnosed with a brain tumour in December 2008 at just two years old, and underwent more than 100 general anaesthetics and radiation treatments in the years that followed.

Despite the tumours returning, Timmy always had a smile on his face and a remarkable positive attitude - and was rarely spotted wearing anything other than his favourite Eels jersey. 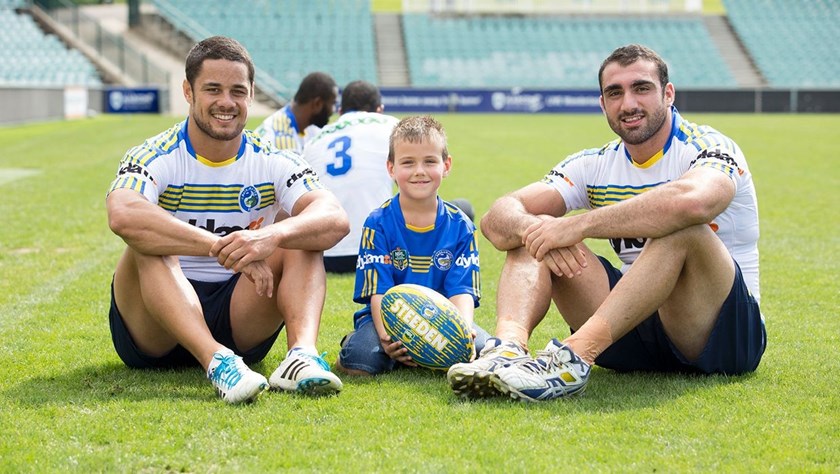 Sharing a birthday with Jarryd Hayne and Tim Mannah, the trio also shared a special bond, and the Eels were proud to support Timmy’s dream of going to Disneyland with his family, and spending time with his extended family in the United States.

Helped by the efforts of the Mannah Foundation, including fundraising from Eels supporters at the 2014 Johnny Mannah Cup, Timmy fulfilled his dream in 2014.

It was an enormous honour for our club to present Timmy with an official Parramatta Eels 18th man jersey at our Round 26 game at Pirtek Stadium this season.