The Parramatta Eels are preparing to kick off their season this weekend when they clash with the Penrith Panthers at a sold out Panthers Stadium on Sunday 11 March.

After re-signing with the Blue & Gold earlier in the week, lock forward Nathan Brown says being able to lock in his future was an easy decision.

“I can now just concentrate on playing good footy and I’m really grateful to be part of such a great club.” Brown said.

“My teammates and coaching staff and just the Club in general is what made me want to stay. I feel right at home here and that made that decision a lot easier for me.”

The Eels season kicks off this Sunday and Brown says a personal goal of wanting to improve at training during the pre-season has the forward excited and itching ahead on an exciting and sold out Round One clash.

“I think I just have to play my natural game.” Brown said.

“I think my work ethic at training has definitely improved and something I have set myself that I wanted to do my first day back. I think that has improved and hopefully am in my best shape ahead of Sunday.”

“The Panthers will come out at their home ground. It is always a good battle between the two teams so we know they will come out with a lot of energy, we just have to be on our game.” He added.

“I’m definitely looking forward to that first contact, everyone is itching and we are ready to go.”

Teammate Jarryd Hayne will play his 200th NRL game and with plenty of off-field distractions surrounding Brown’s teammate this week, he says the Club will be doing everything they can to play their best for their teammate.

“Jarryd is a legend of the Club, plays his 200th this Sunday so it is a massive milestone for him and everyone is looking to play their best for him and get the win.” 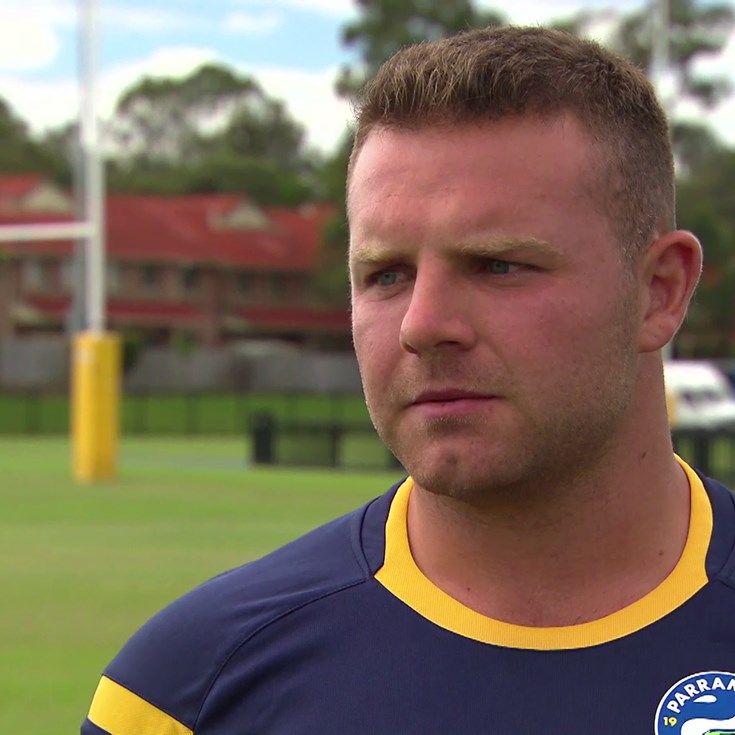 Brown: Eels can do something special