The Parramatta Eels are preparing to take on the Manly-Warringah Sea Eagles in Round Two of the NRL Telstra Premiership.

Speaking ahead of the clash, Blue & Gold Head Coach Brad Arthur says the side must improve on it’s effort areas to give themselves a chance of coming away with the two points at Lottoland.

Reviewing the Eels Round One defeat to the Panthers, Arthur said shortcuts in the side’s effort areas played a big part in last week’s result.

“It was tough at the start of the week. Nobody likes coming off the back of a defeat, especially a game where we were in total control early. We took a few shortcuts in a few of our effort areas which we paid the price for,” Arthur said.

“You are going to make mistakes at this time of the year but we need to be better at front loading our effort. I thought our effort was a bit reactive and responsive.”

“We started well but there was a period before and just after half time with about 28 sets, we only had it for eight sets, so it doesn’t matter how much work you do in the pre-season, if you are going to defend 20 sets and only have the ball for eight, you are going to make hard work of it.” Arthur added.

“But we put ourselves in that position to have to go through that.”

“Our effort areas weren’t good enough and if we fix them, we will give ourselves a chance.” He continued.

Whilst there was plenty of media speculation that Arthur had given a scathing video review, the Head Coach said it was all part of the usual and normal process.

“It was just a normal review for me. We can only go on the facts and the facts were we weren’t good enough. We dealt with it and to the players credit, they were very honest with their performance and by no means are they willing to tolerate or accept that moving forward.” Arthur said.

“I didn’t really need to tell them what went wrong, they knew straight after the game.” He added.

“It’s just always handy to be able to show them the facts and the evidence but it was a calculated review and the usual way we go through the process.”

The Eels opposition, the Sea Eagles, suffered a golden point defeat last week and Arthur knows the clash against their rivals will be a tough contest.

“I thought Manly were very good, they were in the contest right until the end and with the bounce of the ball and a bit of luck, it was a different result for them,” Arthur said.

“They will have a big crowd there tomorrow, but the priority is all about for us, making sure we front load and we are really good on all our effort areas.”

“I am not big on history. Sometimes it works for you sometimes it works against you. The history is we lost last week and we need to win this week.” Arthur added when reminded of the recent strong Blue & Gold record over the Sea Eagles. 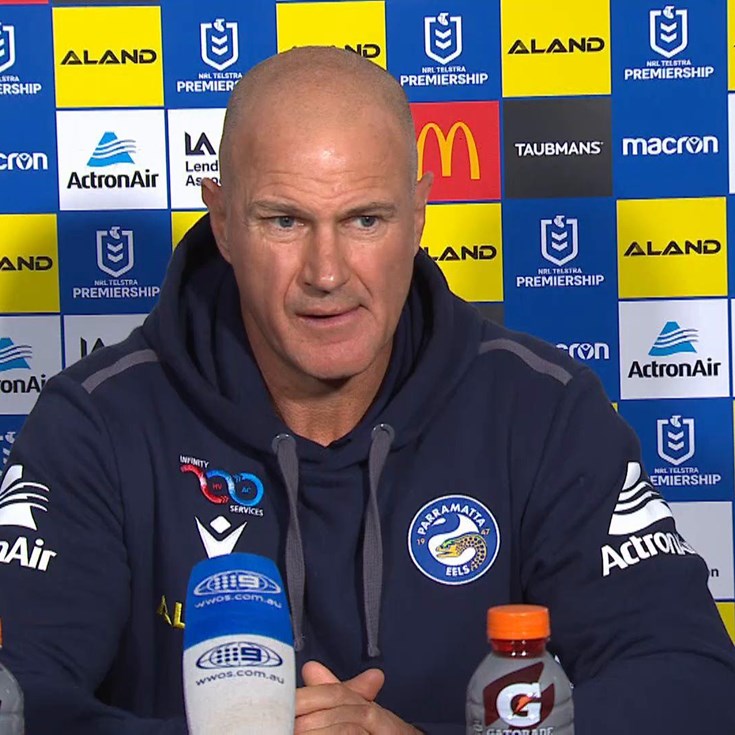