The Wentworthville Magpies have put aside a late scare to record a 36-22 victory over the Wyong Roos in the sides' clash at Leichhardt Oval in Round 10 of the Intrust Super Premiership NSW.

The Roos raced out to an early 10-0 lead to start the first half, but it was the Magpies' newly-blooded pivot who steadied their cause.

Just too strong by Salmon. 💪 #IntrustSuperPremiership

Roos interchange forward Ben Thomas crossed for a four-pointer (30th) soon after to again have the Wyong side in front, before Magpies utility forward Piki Rogers burrowed his way over the line on the stroke of half-time (39th) to have the 'home' side up by two at the break.

Full of running at the change of ends, Wentworthville raced out by 14 points when Nathan Davis (46th) and Josh Hoffman (55th) bagged tries of their own. Davis' long-range effort saw the Roos' heads drop, before Hoffman collected a neat Salmon grubber into the in-goal area to see the scoreboard read 30-16.

Salmon puts in a perfectly weighted kick and Hoffman gets the ball down. #IntrustSuperPremiership

But in conceding a 75th minute try to Roos centre Paul Momirovski, before Cameron King kicked out-on-the-full the ensuing restart of play, the Magpies looked shaky to finish the clash.

Again, Salmon injected himself into the contest – and a body-on-the-line carry close to the whitewash saw the No.6 go in for his third try of the afternoon (77th), ending all hopes Wyong had of stealing an unlikely victory.

FULL-TIME: A stunning performance from Jaeman Salmon leads the way as the Magpies win 36-22. #IntrustSuperPremiership pic.twitter.com/aKuULP5Wxp 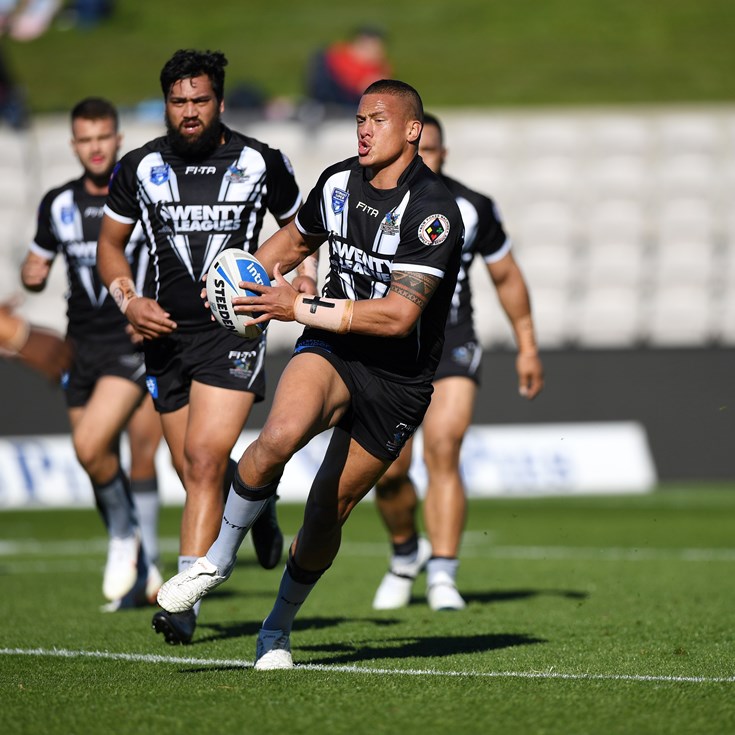