The Parramatta Eels were held scoreless for most of the match against the top-four placed Melbourne Storm, leaving AAMI Park with a 20-4 defeat on Friday night.

The Storm hit the lead in the seventh minute and didn't relent despite what Parramatta threw at the home team.

Clint Gutherson was able to provide a moment of brilliance late, when a leaping effort over the sideline post was good enough to score from a Brad Takairangi kick.

Tonight marked Peni Terepo's and David Gower's 100 NRL game milestones. Terepo has played all his 100 NRL games with Parramatta since 2013 and Gower 80 with the Eels since 2014.

Melbourne took first points when Billy Slater placed a grubber kick behind the defence that Will Chambers collected and grounded in the seventh minute.

At 6-0, the Eels peppered the Storm's goal-line defence and were denied a Corey Norman try in the 17th minute as the Bunker ruled obstruction.

Penalty goals in the 19th and 33rd minutes extended Melbourne's lead to 10 points.

Cameron Smith left the field in the 34th minute with a tight back and did not return. Suliasi Vunivalu did not compete in the second half due to a hamstring injury. Nelson Asofa-Solomona could not finish the game due to injury.

Asofa-Solomona, the 200cm and 115kg Storm front-row forward, hit his way over for a try in the 48th minute to create an eventual 16-0 lead.

Oregon Kaufusi, on debut for the Eels, entered the contest in the 60th minute.

He finished the match with 77 run meters and 10 tackles.

Cameron Munster was sent to the sin bin in the 61st minute, the punishment for him pulling the leg late of Marata Niukore.

Ray Stone, also on debut, came on the field with 10 minutes to go.

Curtis Scott finished off a Josh Addo-Carr break and the conversion provided their last points for the night in the 71st minute.

Parramatta will play the North Queensland Cowboys in Townsville on Friday 24 August at 7:55pm. 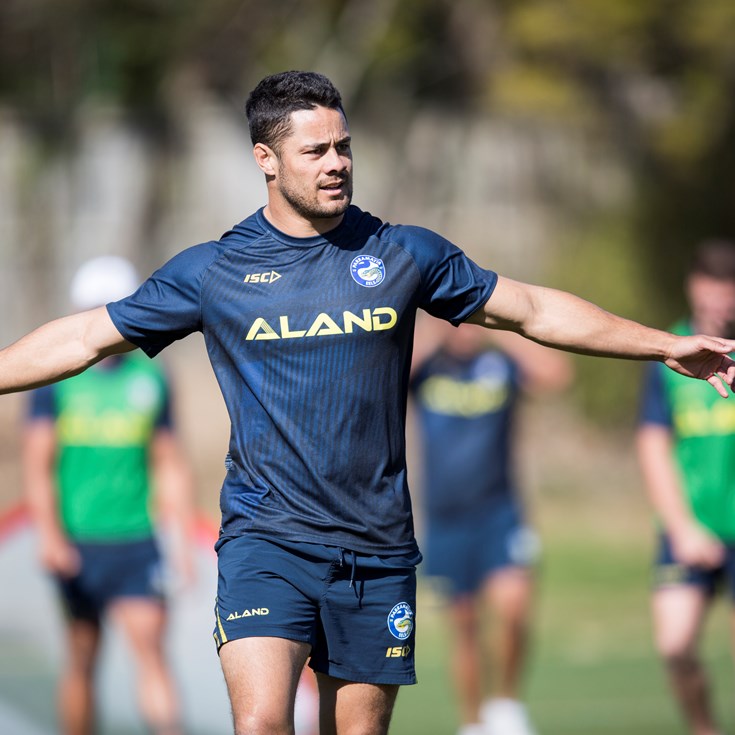