The Parramatta Eels take on the North Queensland Cowboys at 1300Smiles Stadium on Friday 24 August from 7:55pm in Round 24 of the NRL Telstra Premiership.

Blue & Gold Head Coach Brad Arthur welcomes back Kane Evans into the run on team, having dealt with his calf injury.

Peni Terepo is named to start at lock for the injured Nathan Brown, who is nursing a knee injury. Cameron King comes on the bench.

Last week's debutants Oregon Kaufusi and Ray Stone are named in the reserves with Josh Hoffman and Bevan French.

For the Cowboys, it's a monumental occasion as Johnathan Thurston plays his last NRL match in Townsville.

They get Jason Taumalolo back from a one-week suspension to play at lock.

A win or draw is needed by the Eels to keep North Queensland below them on the ladder.

Arthur labelled that game in his post game press conference in Round 22, a 40-4 win against the St. George Illawarra Dragons, as the time Parramatta became consistent.

No team in the NRL since Round 16 has conceded less points to their opposition than the Eels.

This clash will kick off at 7:55pm Friday. Click through to get your tickets!

Matt Scott returns at prop and Jason Taumalolo at lock, pushing Scott Bolton and John Asiata to the bench with Ethan Lowe and Corey Jensen dropping to the reserves.

Lock Nathan Brown is out injured with Peni Terepo promoted to the run-on side. Kane Evans returns at prop and Tim Mannah and Cameron King return on the bench. Tepai Moeroa shifts to second row, Brad Takairangi drops to the bench and last week's two debutants, Ray Stone and Oregon Kaufusi, drop to the reserves. 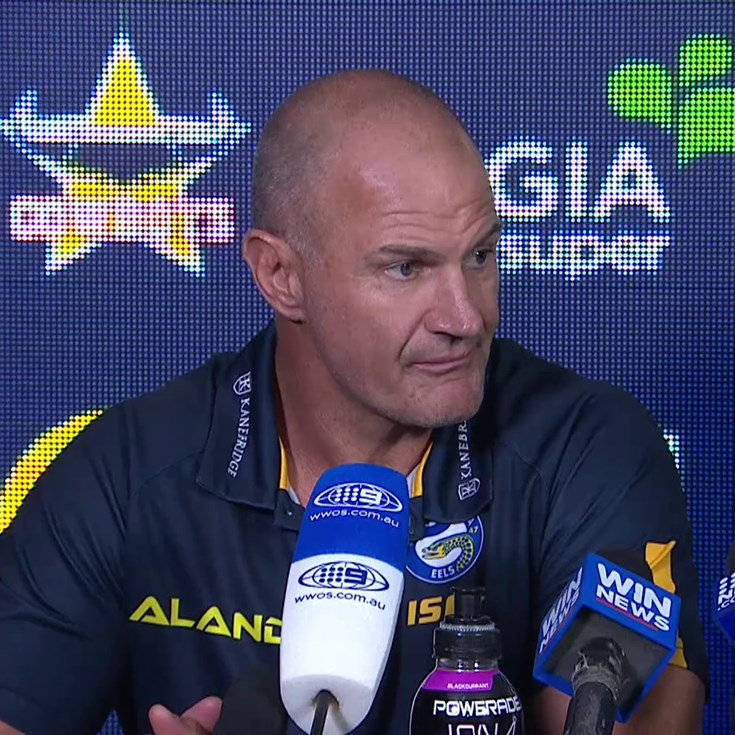