The Parramatta Eels take on the Newcastle Knights in round seven of the NRL Telstra Premiership at McDonald Jones Stadium on Sunday 28 April.

Coming off a 51-6 victory over the Wests Tigers at Bankwest Stadium last week, Blue & Gold Head Coach Brad Arthur has made just the one change to that line up with winger Blake Ferguson named in the seventeen shifting Josh Hoffman back to the extended bench.

Manu Ma’u and George Jennings have been named on the extended bench along side Hoffman and prop Kane Evans.

For the opposition, Knights Head Coach Nathan Brown has stuck with the same seventeen that suffered a 38-14 defeat to the Gold Coast Titans last week.

Kalyn Ponga is at fullback with Connor Watson and Mitch Pearce in the halves and Danny Levi at hooker forming their spine.

The fullback had his best performance of the year since returning to the number one jersey last week, with 234 running metres, three line breaks and seven tackle breaks.

David Klemmer partners James Gavet in their front row with Lachlan Fitzgibbon, Mitch Barnett and Tim Glasby the back rowers and lock.

Historically, the Knights hold a slight head to head advantage with 29 wins from 51 clashes.

With just eight wins from 27 games at McDonald Jones Stadium, the Blue & Gold haven’t won in Newcastle since 2016.

The clash poses an interesting contest with the Blue & Gold looking to back up last week’s performance an emotion boosted victory over the Wests Tigers at the first NRL game at Bankwest Stadium whilst the Knights will be looking to improve on their 1-5 record to start the year and avoid their sixth straight loss.

Under pressure, the Knights will be looking to secure the two points in what will be their traditional Old Boy’s Day on Sunday afternoon.

The halves battle between Mitch Moses and Mitch Pearce will go a long way in determining the outcome of this clash. Moses has been in superb form in 2019 whilst Pearce has struggled to find the form that made him one of the top halfbacks. 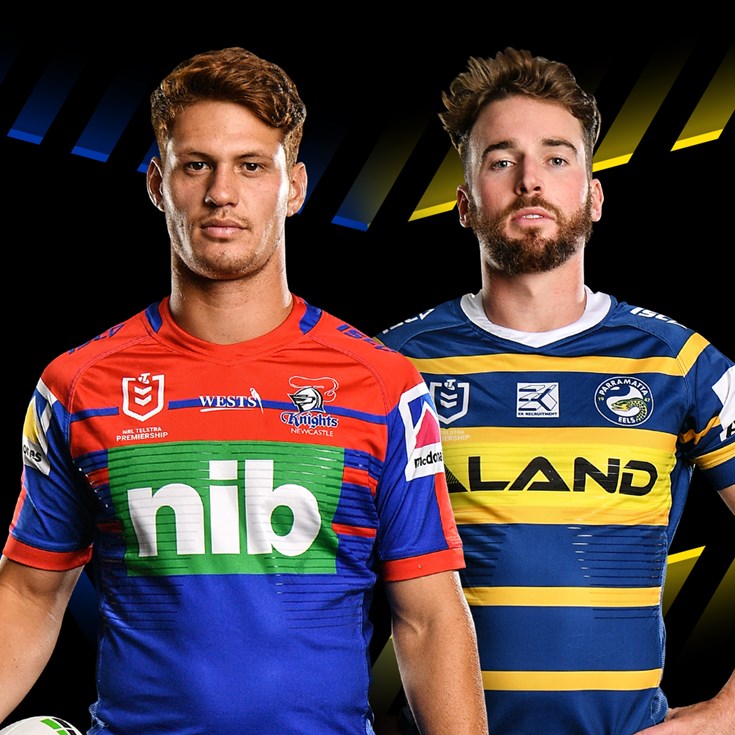