The Parramatta Eels side to take on the South Sydney Rabbitohs at Bankwest Stadium on Friday 31 May in Round 12 of the NRL Telstra Premiership has been named by Blue & Gold Head Coach Brad Arthur.

After a 16-10 defeat to the Penrith Panthers last week, Arthur has made several changes to his side for this week’s clash.

Michael Jennings returns from a calf injury in the centres with Maika Sivo on the wing whilst Josh Hoffman and Blake Ferguson will form the right centre-wing pairing.

Kane Evans has been named in the starting front row alongside Junior Paulo, with Shaun Lane, Manu Ma’u in the back row and Tepai Moeroa to return from concussion protocols at lock. 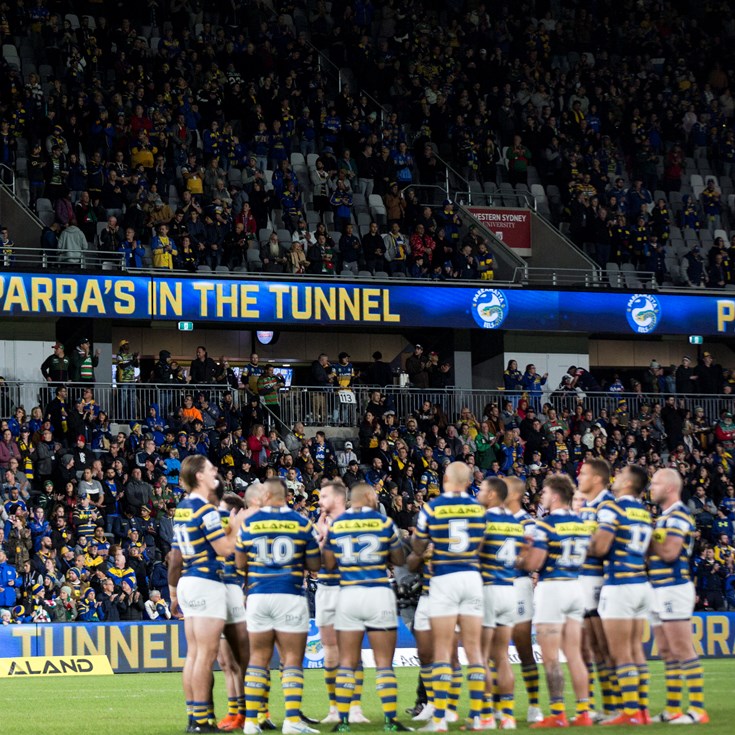 Eels v Rabbitohs - Round 12 Around the Grounds