The Tigers were never really in the contest against a clinical Melbourne last week and require a big form reversal if they are going to finish another disappointing season with a bang.

Tigers coach Michael Maguire has chopped and changed his starting line-up throughout the season (often due to injuries) and it'll be interesting to see who gets the nod for the season finale.

Parramatta finally showed some urgency in last week's home win over Brisbane, but after building a 20-6 half-time lead they only managed six points in the second half and question marks remain.

The Eels are more talented across the park and have more to play for with the finals around the corner, but coach Brad Arthur will no doubt remind them that the Rabbitohs were in the same situation last week and they ended up as a Dogs dinner.

Wests Tigers: The joint-venture club lines up 1-17 after Alex Seyfarth and Jacob Liddle were omitted an hour before kickoff. Luke Brooks has returned from suspension in the halves with Josh Reynolds out, Tommy Talau replacing Joey Leilua at centre, Alex Twal returning from illness at lock with Matt Eisenhuth going to the bench and Tom Mikaele moving to prop for the injured Josh Aloiai.

Luke Garner will start in the back row with Sam McIntyre (head knock) out while Elijah Taylor, Shawn Blore and Michael Chee Kam have joined the bench with Russell Packer and Jacob Liddle dropping out. Winger David Nofoaluma is expected to play despite limping off last round.

Reserves Josh Reynolds and Joey Leilua were the two players dropped from the squad 24 hours before kick-off.

Wests Tigers have lost four of their past five games at Bankwest Stadium.

Eels: Mass changes for Parramatta with William Smith, Kane Evans and Andrew Davey promoted from the bench to the starting side. Brad Takairangi shifts from five-eighth to centre with Smith replacing him in the halves, Shaun Lane and Daniel Alvaro drop back to the bench and George Jennings moves up from the reserves to the bench. Centre Michael Jennings and Haze Dunster are the match-day omissions.

Reagan Campbell-Gillard and Jai Field were left out of the Parramatta team 24 hours before the match.

Junior Paulo returned to the starting side when the squad was named.

The Eels have won six of their past seven games against Wests Tigers.

Luke Brooks v Mitch Moses. They were former teammates at the Tigers and both have experienced various highs and lows as first grade footballers. Brooks has never played finals football and won't get a taste this year. He is under increasing pressure to prove he is the club's long-term half-back.

Moses is a natural but has also copped his share of criticism during his career, mostly focusing on his inconsistency.

He will be looking forward to locking horns with his former teammate as the Eels have their final tune-up for the post-season.

Not only will the Tigers be keen to end 2020 on a high note, they will be in the hunt for some payback after going down 26-16 to the Eels in round 11.

The Tigers were in the game at half-time, but Shaun Lane scored early in the second half for Parra to make it 22-12 and they wrapped it up with Maika Sivo's second try 17 minutes from full-time. Tigers winger Tommy Talau crossed for a try at the death but it was all too late. 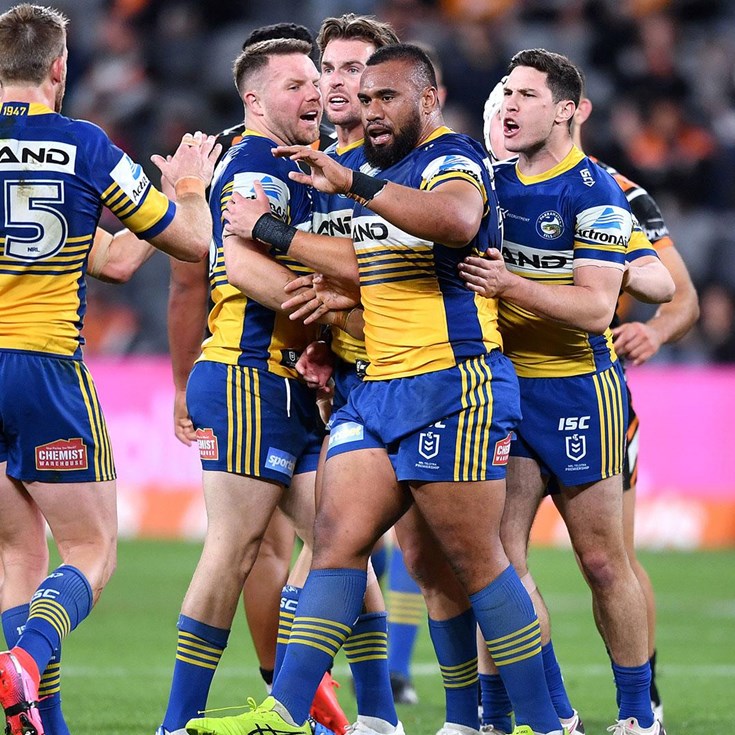 Fresh feet from the Fresh Prince