The Parramatta Eels side to take on the Wests Tigers on Easter Monday 2 April at ANZ Stadium in Round Four of the NRL Telstra Premiership has been named by Head Coach Brad Arthur.

After suffering a 14-4 defeat to the Cronulla-Sutherland Sharks last week, Arthur has made a handful of changes to his side with Will Smith named at fullback, George Jennings set to make his Club debut on the wing and Tony Williams called into the starting seventeen with Jarryd Hayne, Bevan French and Kane Evans all ruled out with injury.

Kaysa Pritchard has been called into the starting side as Cam King moves to the extended bench.

Please note the Intrust Super Premiership NSW clash between the Western Suburbs Magpies and Wentworthville Magpies will feature ahead of the NRL clash with kick off at 1:45pm.

The Eels v Wests Tigers clash is for the Stay Kind initiative. A message developed in partnership with the Thomas Kelly Youth Foundation, the two sides played for the inaugural Stay Kind Cup last year and will do so again this long weekend to raise awareness for the foundation — promoting the prevention of harm to our youth from self-harm and suicide. 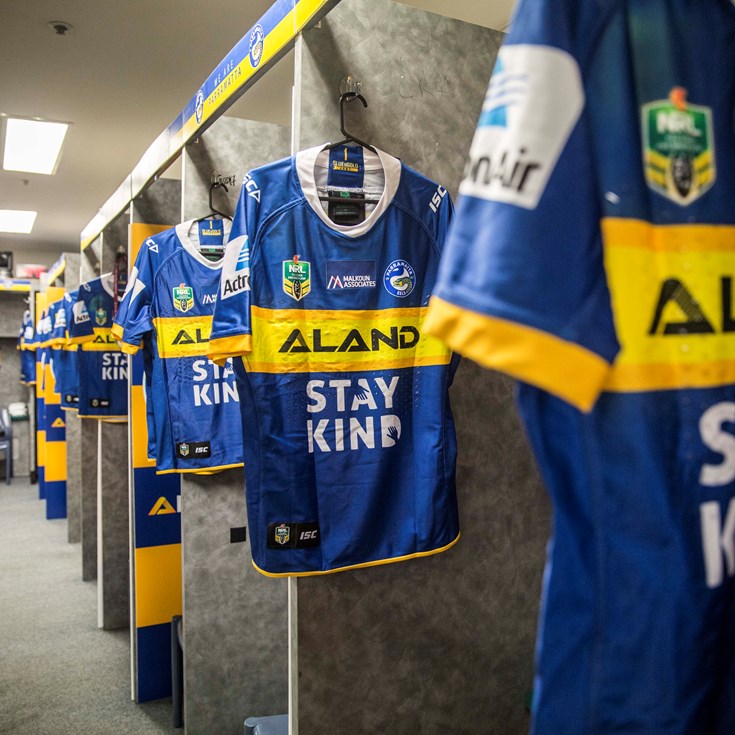