The Parramatta Eels side to take on the Canberra Raiders at GIO Stadium on Saturday 14 April in Round Six of the competition has been named by Blue & Gold Head Coach Brad Arthur.

A reshuffled forward pack sees Peni Terepo called into the starting front row alongside Tim Mannah whilst Tony Williams also retains his spot in the backrow alongside Manu Ma'u. Eels lock Nathan Brown has been ruled out with injury seeing Tepai Moeroa named at lock.

Beau Scott, Kenny Edwards, Daniel Alvaro and Kane Evans (who returns from injury) have been named on the bench with Will Smith, David Gower, Suaia Matagi and Josh Hoffman as the reserves.

The Wentworthville Magpies Intrust Super Premiership NSW side have the bye this weekend. 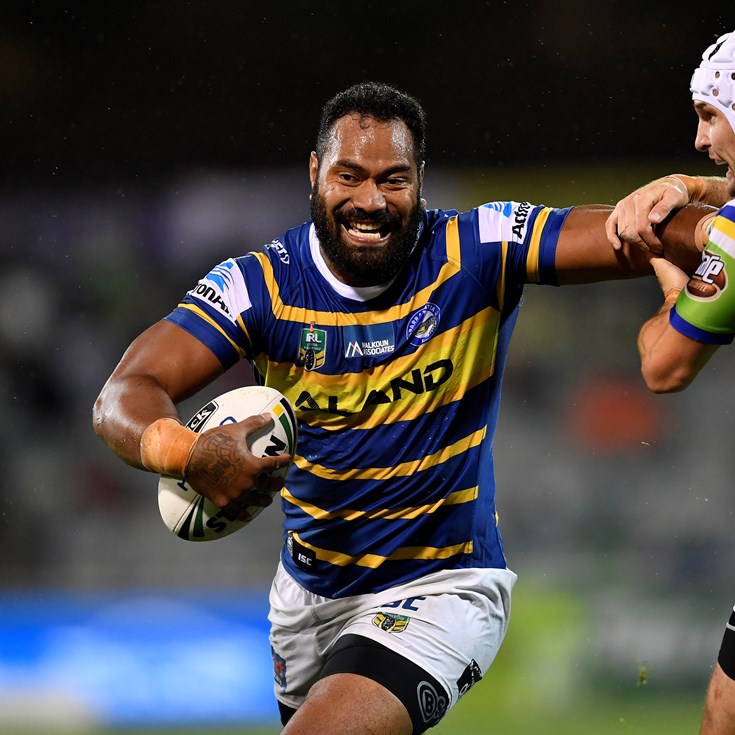