The Parramatta Eels take on the Cronulla-Sutherland Sharks at Southern Cross Group Stadium on Saturday 5 May in Round Nine of the NRL Telstra Premiership.

After coming away with a 24-22 victory over the Wests Tigers last week, Blue & Gold Head Coach Brad Arthur has made just the one forced change to his line up with Tony Williams ruled out with a season ending ACL injury

Seeking their third win of the season, Tepai Moeroa returns to the Eels from injury in place of Williams, named in the starting side.

For the Cronulla Sharks, who are also looking for their third straight victory after wins over the Panthers and Titans in the past fortnight, Head Coach Shane Flanagan has named a line up without Josh Dugan, Paul Gallen and Luke Lewis who have all been ruled out with injury.

Matt Moylan moves into the halves seeing Valentine Holmes named at fullback, Siosaia Feki recalled on the wing and Kurt Capewell retaining his spot in the back row. Wade Graham has been named to start (pending a fitness test on his injured hamstring) pushing Scott Sorensen to the bench.

Historically, the Sharks hold the head to head advantage over the Eels, including 22 wins from 36 games at the venue. The Eels have lost the last four meetings between the two sides, including not tasting victory at the Sharks’ home ground in four years.

In the last time these two sides met, the Sharks came away 14-4 victors in Round Three earlier this season. However the Sharks, who fielded a vastly different line up, came across an Eels side searching for their first victory and with one try a piece, five goals from Chad Townsend proved the difference in the dour affair. 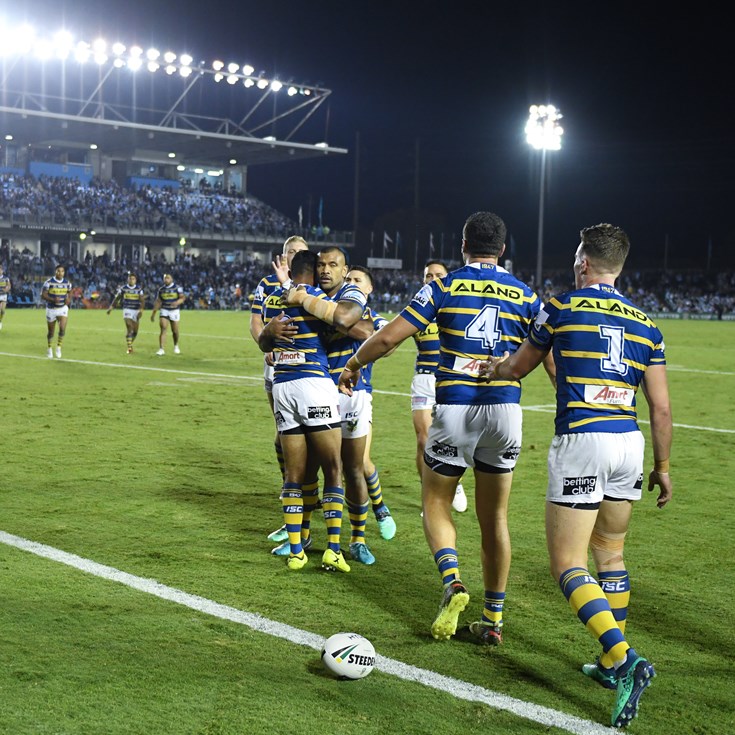