Parramatta Eels centre and back rower Brad Takairangi is preparing to represent the New Zealand Maori All Stars side this Friday night in the upcoming NRL Harvey Norman All Stars clash at AAMI Park.

His desire to represent the Maori side stems back to 2008, when he saw first hand the Maori side play against an Indigenous side in 2008, a curtain raiser to the first match of the 2008 World Cup.

“When I first heard the concept that it was coming out, it was something I definitely wanted to be a part of. I knew there were going to be so many Maori players up for selection so when I saw my name selected in the team, I was over the moon and so were my parents,” Takairangi said of his selection.

“I was there when the Maori side played the Indigenous Dreamtime team in 2008, just watching the game, and ever since watching that game, I thought it would be so great to be a part of it,” he continued.

For Takairangi, the week is a special one as he takes great pride in being able to represent his culture, his mother and his family.

“It’s all about representing our culture, my mum and her side of the family. She and her family were stoked when they found out I was going to be in this clash,” Takairangi said.

“The biggest goal for me, from a personal point of view that I could achieve, was to play for the Kiwis, but this is a little different. This is all about our heritage, our culture.”

“The week leading up to the game will all be about learning about our culture a bit more and trying to mix with some Maori communities and kids whilst we are all together.” He continued.

“I am super proud to be able to represent my culture, represent my mum and represent Parramatta itself as the only Blue & Gold player in the Maori side so ill be looking to uphold our standards whilst I am in camp.”

Takairangi also had plenty of thanks to the Blue & Gold Members and fans who voted him in to the Maori All Stars side.

“The week is not only about representing my family but also representing Parramatta at the same time, which I am very excited about,” Takairangi said.

“I was lucky enough to be voted by the Eels Members and fans and I can’t thank them enough.”

Whilst having previously represented New Zealand in the World Cup, Takairangi said this camp will be special and unique for the players involved.

“We have a couple of boys that have played for Australia, Queensland and Tonga who have put their hands up to play in this game,” Takairangi said.

“Somebody like Dane Gagai, who has played for Australia and now the Maoris, it’s something unique and being able to play with blokes like that is very exciting and I cant wait.”

“I have played with a lot of the boys in the Kiwis set up during the World Cup, but this game will be unique, being able to play with other players who have played for Australia or Queensland, but are playing for the Maoris which make it extra special.” 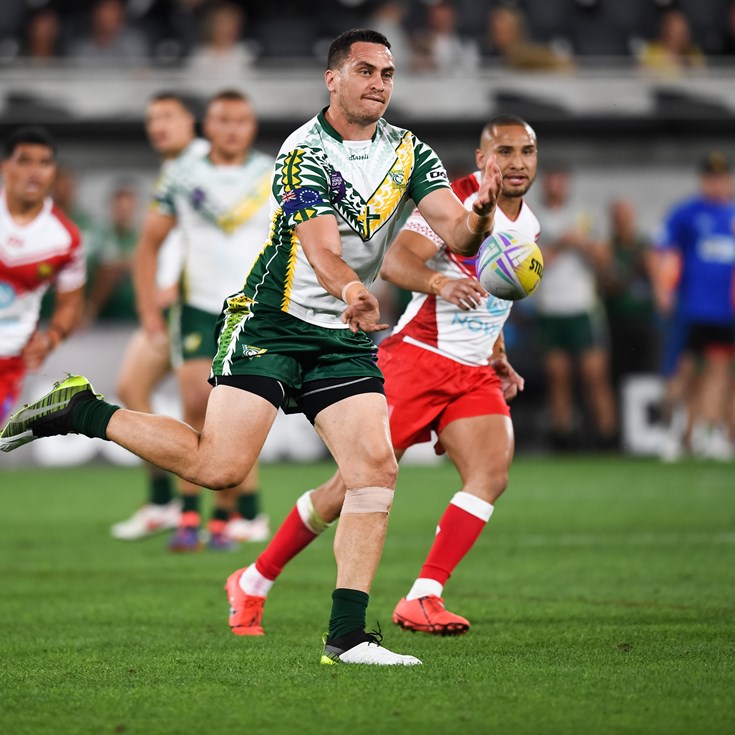