The total proceeds for all 50-50 tickets sold at each game go into a prize pool, with 50% ‘of the prize pool going to the lucky winner of the random draw and 50% being donated to the nominated Charity Partner (-10% administration fee from 50-50)

In Round Six, when the Parramatta Eels defeated the Wests Tigers at Bankwest Stadium on Monday April 22, the Club worked alongside Legacy to assist with the ongoing work they do within the community.

Legacy was founded on the ethos of mateship and camaraderie, when a group of returned servicemen banded together in 1923 and took up a ‘legacy f care’ for the welfare of the widows and children of their many comrades who were killed during the war, or died subsequently.

Sydney Legacy was formed in 1926 and has for more than 90 years ‘kept the promise’.

Thanks to the generous support from the Members and fans in attendance at the Round Four game, the total prize pool reached $6,280.

Legacy received $2,826 in funds thanks to the generous support.

The winner of the random draw, walked away with $3,140. The lucky winner plans to use their winnings on their partners birthday present!

In the upcoming round eight clash against the St George Illawarra Dragons at Bankwest Stadium on Sunday May 5 the 50-50 Charity Raffle will be raising funds for the Men of League Foundation. 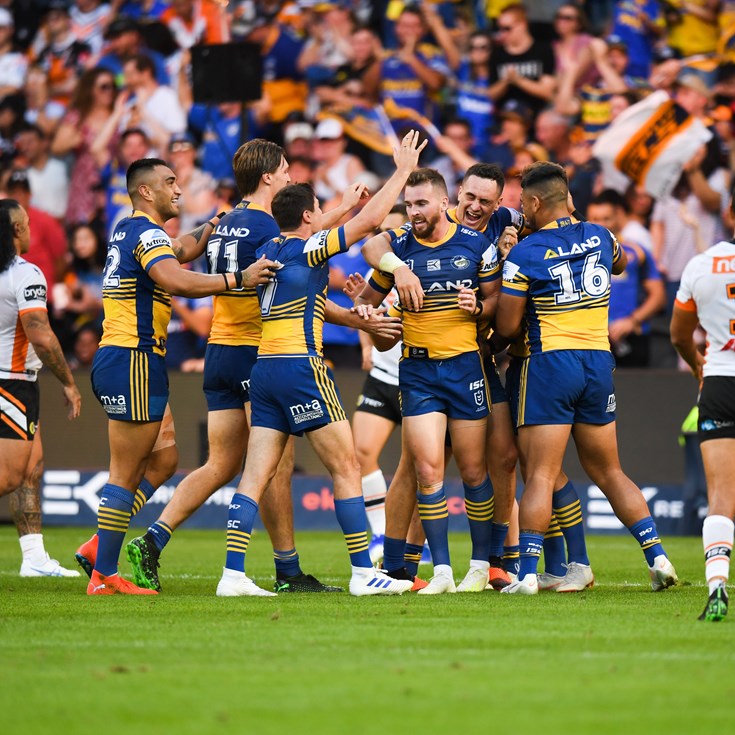