The Parramatta Eels take on the Melbourne Storm in an elimination Semi Final at AAMI Park on Saturday 21 September, with the winner progressing through to a preliminary final showdown with the Roosters at the SCG in week three.

After a 58-0 victory over the Brisbane Broncos last week, Brad Arthur and the Blue & Gold side head south for the do or die clash, welcoming back Kane Evans from suspension in the starting side.

The return of Evans sees prop Daniel Alvaro named onto the bench alongside Brad Takairangi, Tepai Moeroa and Marata Niukore.

For the opposition, Head Coach Craig Bellamy has no change for the minor premiers after the narrow loss to the Raiders.

Cameron Munster's return from a shoulder injury went smoothly against Canberra so Brodie Croft is again listed among the reserves. His season appears to be done and dusted unless the Storm suffer an injury in the halves.

The Storm are coming off a loss to the Raiders last week, missing a golden opportunity to earn a week off and will be eager to bounce back at home this week.

They need to continue to build their game around what they do defensively and that will translate to confidence and assertion in attack. It's up to Munster, Cameron Smith and Jahrome Hughes to get their kicks to the right spots, Jesse Bromwich has to lead the forwards, while dynamic fullback Ryan Papenhuyzen looms as a match-winner if it's close down the stretch.

Cameron Munster's dominance at five-eighth has not only been integral in the Storm's success, the Queensland Origin rep has had the best season of his career. Munster will be facing one of the best young playmakers in the NRL in the form of Parramatta's 19-year-old rookie Dylan Brown.

For the Eels, a 58-0 victory last week will leave plenty of confidence in the squad but the side needs to forget about last week and turn their attention to this week’s challenge.

Moses proved against Brisbane that he can handle the bright lights of finals footy, while the contributions of the back three of Clint Gutherson, Maika Sivo and Blake Ferguson will be crucial.

Historically, the Storm hold a head to head advantage over the Eels with 22 wins from 35 games, including 5 wins from 7 games at AAMI Park. The Eels have not beaten the storm since 2017, where they came away 22-6 victors at AAMI Park.

In the five finals games between the two Clubs, the Storm have prevailed every time.

In the last time these two sides met, the Storm punished the Eels with a 64-10 drubbing in NRL’s Magic Round, running 11 tries past them. Along with 10 years since the Storm’s victory over the Eels in the 2009 grand final, the Blue & Gold will want revenge and to keep their 2019 season alive.

Whilst the battle of the halves will be an interesting one, there also looms big match ups out wide with Maika Sivo coming up against fellow Fijian flyer Suliasi Vunivalu whilst Blake Ferguson links up with NSW Blues teammate Josh Addo-Carr.

Eels winger Maika Sivo's 20 tries topped the NRL in 2019, while his 21 line breaks ranked second. Vunivalu has crossed for 10 tries this season along with Addo-Carr’s 14 tries. 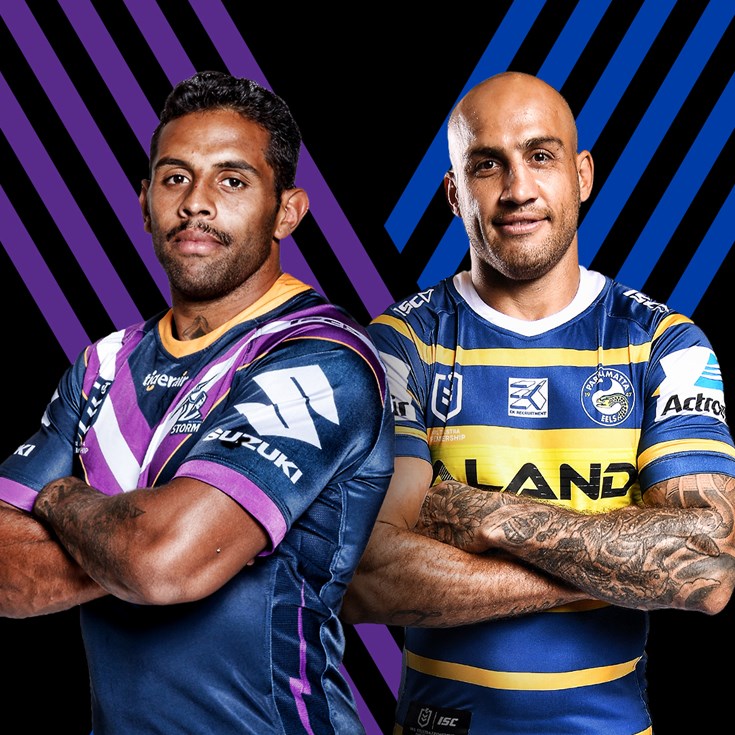