As the Parramatta Eels prepare to face the Brisbane Broncos at Bankwest Stadium in Round 19 of the NRL Telstra Premiership, we take a look back at the last time we met our opposition.

The clash occurred in Round Three of the 2020 season, with the Blue & Gold coming away with an emphatic 34-6 victory at Suncorp Stadium in the season resumption after the enforced COVID-19 shutdown.

The Blue & Gold had a dominant six try to one victory with Marata Niukore, Maika Sivo, Clint Gutherson, Michael Jennings, Shaun Lane and Waqa Blake all crossing for tries.

Take a look back at the highlights from that clash below and read how it unfolded.

The electric Eels savoured the NRL's triumphant return with an emphatic 34-6 win over the Broncos at Suncorp Stadium on a night that will forever be remembered.

The showdown kicked off 67 days after the enforced COVID-19 shutdown of the NRL as one of the most anticipated rugby league matches in the 112-year history of the code.

It lived up to the billing, and then some.

On an evening many scoffed would never occur the Eels reaffirmed that they are a serious premiership contender after dominating a brave Broncos in the middle and out wide.

Broncos skipper Alex Glenn did not return in the second half after he suffered a nasty gash to his leg on the cusp of half-time and was taken to hospital for stitches. He'll require surgery this week.

The new six-again rule for ruck infringements worked a treat for the Eels early with sole on-field referee Gerard Sutton awarding the away side back-to back sets.

A rampaging Marata Niukore made the most of the momentum to bullock his way over from close range and give Parramatta a 6-0 lead after only three minutes.

Broncos half Brodie Croft's kicking and organisational skills were on point early but it was his running game that ignited the Broncos. In the 17th minute the number seven threw a classic show and go from 45 metres out and put the afterburners on to race around Gutherson to score.

The Eels posed a constant threat with the football but the Broncos scrambled well until Mika Sivo put the ball down with one hand, with the rest of his body elevated over the touchline.

Parramatta had two tries disallowed in the first half – one to Gutherson for an obstruction and another to Sivo when a Gutherson pass was ruled forward.

Brisbane too had their chances with Anthony Milford and Darius Boyd both failing to snaffle grubber kicks over the line as the Eels took a 12-6 lead into the half-time break.

The Broncos started the second half with several errors and the Eels made them pay with Gutherson running into a giant hole from a Junior Paulo pass.

The Eels were electric with their ball movement while Brisbane scrambled superbly to limit the damage on the scoreboard.

Veteran centre Michael Jennings made a telling blow as the Broncos tired with a weaving run from the left touchline to score under the sticks in the 62nd minute.

Gutherson found Lane running with typical venom close to the line to make it 28-6. Matterson iced the cake with a brilliant one-hander to Waqa Blake to round out a deserved and decisive 34-6.

The Broncos struggled to build any pressure and once again relied heavily on Payne Haas in the middle of the park.

The pace of the game was intense with one referee on-field and the new six-again rule in play as fatigue played its part late in both halves. In the second half the Eels were able to drive home their advantage. 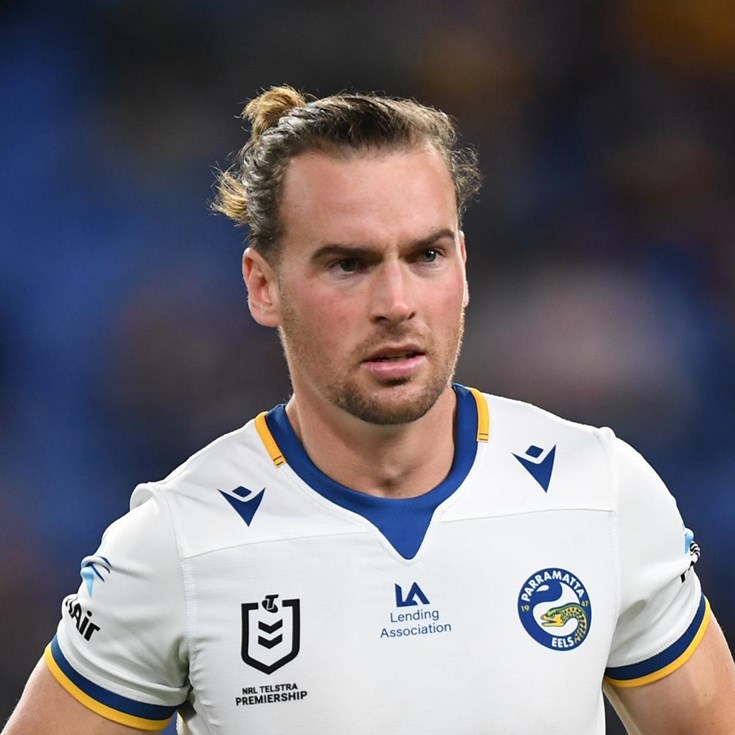 Man of the Match: Eels v Broncos, Round 19