All eyes may be on NSW's backline ahead of Sunday's State of Origin game two in Brisbane after they ran amok in a record-breaking series-opening win.

Indeed the Blues flyers have a hard act to follow after centres Tom Trbojevic and Latrell Mitchell cut loose in an astonishing 50-6 Origin I rout against a shellshocked Queensland in Townsville.

In fact the Parramatta battering ram is preparing to soak up the limelight in a battle that may be worth the price of admission alone on Sunday.

Paulo has slotted into the starting front row for Jake Trbojevic (hip), putting him on a collision course with the man he believes is the "benchmark" for props – returning Maroons juggernaut Josh Papalii, who missed the series opener due to suspension.

Changes put Maroons on front foot, but can they stop Turbo?

"We play an expansive type of footy at the Blues but you can't do that unless you lay a platform in the middle," Paulo told NRL.com.

However, that will be no simple task with 19-game Origin veteran Papalii ominously claiming this week that he wanted to add some much needed "mongrel" to the Maroons pack upon his return.

But clearly there will be no love lost between the two on Sunday in what looms as a clash of the titans.

"We are mates off the field but once we cross the white line on Sunday we will be looking to go after each other," Paulo smiled.

"Josh is a quality player. He's coming back from suspension.

"He will be feeling refreshed and ready to go.

"It will be a good challenge in the middle and I am looking to taking it head on."

Asked if Papalii was the "benchmark" for front-rowers, Paulo said: "Yeah he is, and having him in the team also brings a lot of leadership to Queensland.

"He's got plenty of Origin experience, he's one of their most capped.

"He will be looking to lead from the front. It's up to us to meet that challenge head on because knowing the quality of the player that he is we have to be on our game."

Eyebrows may have been raised in the media after NSW named just one middle forward on their bench – Brisbane's Payne Haas – but Paulo was quietly confident they had the depth to counter a Papalii-inspired Maroons pack after the versatile Crichton's return.

Crichton set to start on the bench

"There has been a bit of a reshuffle but Angus probably would have been with us for game one if not for suspension," said Paulo, who will partner Daniel Saifiti in the front row.

"We certainly know what he brings to the table. He has been outstanding for the Roosters and is one of our leaders out there."

Crichton added: "I have complete faith in this pack.

"We will work hard on uniting as a great pack of forwards and lay the foundation for our backs.

"We've got so many leaders in our forwards."

Meanwhile, Paulo played down any concerns after he and Tom Trbojevic were on light duties at training on Tuesday at their NSW camp in Kingscliff near the Queensland border.

"Turbo and I played [NRL] on Sunday so it was more just recovery – we will get the body moving later this week," he said.

Origin II in Brisbane is sold out but tickets are still on sale for game three at Stadium Australia in Sydney on July 14 - get your tickets at NRL.com/tickets. 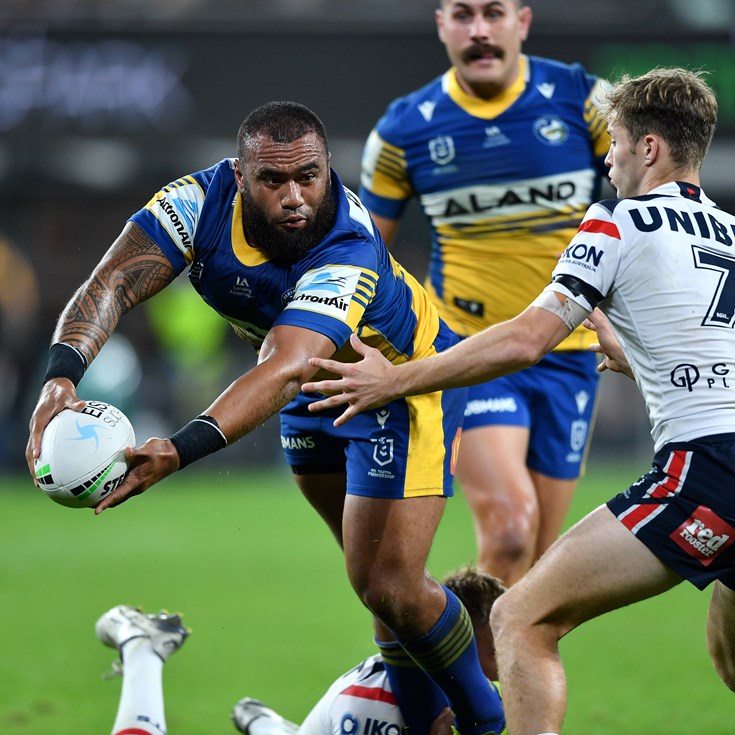